Through it’s work with multiple partner organisations, OpenCommunity has successfully made the case for a national open data standard for community services. In a time where the most vulnerable in society require the support of many remarkable local charities and community groups, it has never been more important for public service organisations to be able to signpost and refer people to valuable community support. As social prescribing and similar services grow in popularity, creating common standards is essential. An established local data standard will deliver major breakthrough efficiencies at the local level, but also where nationally run organisations such as NHS, DWP, MoJ need to refer their clients efficiently into local support, such as through Job Centres, Probation Services or NHS websites.

Across the UK there is mostly no standardisation in how community service data is held, and there is no interoperability or easy data sharing between systems and organisations. Different localities and organisations have bespoke arrangements. Data management is duplicated, fragmented and costly, and organisations end up creating their own lists of services, creating additional admin burdens on stretched small community organisations. OpenCommunity has built on significant work over recent years by LGA, iStandUK and others, and has successfully supported the identification of a now agreed single standard, OpenReferralUK. During the MHCLG funded discovery project, research was undertaken in several local authorities, and strategic discussions were held with national representatives at NHSX, Cabinet Office, DWP and Citizens Advice, receiving strong support.

During the alpha phase, a website for the data standard was created https://openreferraluk.org/ and there are now a number of live local authority projects piloting implementation of the standard, including Leeds, Adur and Worthing, Buckinghamshire and Croydon. The project is now in beta, with a £350k MHCLG project to build the OpenCommunity website which will provide a set of adoption tools and guides, provide a community sharing/networking facility and provide a growing number of case studies and exemplars. The beta project will also submit the standard to the Data Standards Authority, for formal adoption as a national data standard. Standards adoption activity is not limited to local authorities. A pilot project funded by CAST will identify several charities and work with them to help them adopt the OpenReferralUK standard into their technologies. This illustrates the powerful momentum that has been created where a growing number of projects are identifying the need to adopt the standard, and making strong progress.

– Helped steer the standards community to adopt a single standard providing clarity and a focus of effort (previously there were several projects working on the same aim)
– Developed the OpenReferralUK extension, with a richer dataset to meet UK needs
– Supported several implementations across the country
– Secured significant funding from MHCLG to build further online resources and support the community through peer to peer as well as direct help
– Unlocked projects in other sectors, i.e. CAST in the charitable sector

– be inclusive, listen to those already working in the space and build a coalition and consensus
– think big, and work step by step
– make connections outside your domain, think about the whole system you are seeking to change
– find high quality external support when you need it, get new perspectives on the problem
– be patient, and accept sometimes it’s a long haul 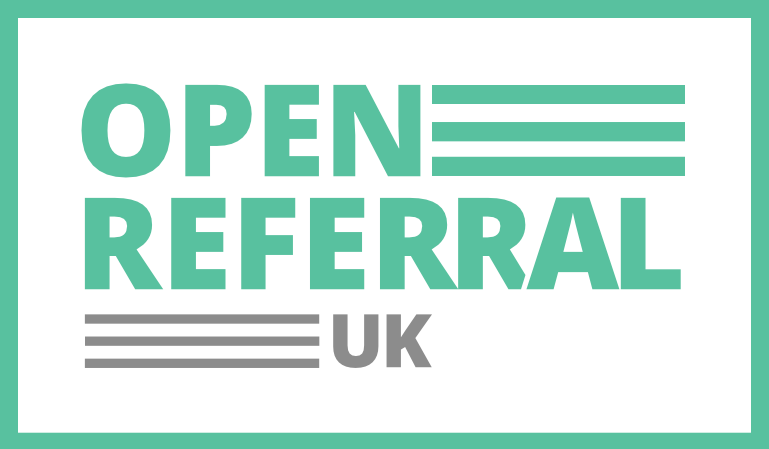