The Challenge of Succession Planning and Skills Retention

iNetwork have started to deliver a series of events that support the iNetwork membership to identify issues, barriers, and opportunities to understand and respond to the needs and interests of target talent groups. Through discussions, learning and sharing these events will explore various strategies and initiatives that have been successful across different fields of the local public sector. This could include: apprenticeship schemes, grow your own scheme, professional development and accreditation and diverse employment schemes.

The first of these events was held on Wednesday 10th February 2021. iNetwork invited members from the Network Leadership Groups (NLG) to a roundtable event: The Challenge of Succession Planning and Skills Retention. Participants were invited to identify explore, discuss and share the challenges of attracting a talented and diverse workforce, retaining and managing professional development, mentoring and  working culture across the public sector.

The event started with a welcome and etiquette by Catherine O’Neill and Louis Stockwell set out the context and agenda.  In the first session, representatives for each iNetwork programme were invited to talk about the current state of recruitment in their own organisations. Nichola Cooke, David Willis and Antonia Gilmore shared the importance of this topic within their own experiences, as well as in the wider sector.

In session two participants were invited to explore in depth some of the challenges that they might face when trying to attract and recruit a diverse and skilled workforce. One of the first challenges that are often faced is job descriptions. There was a general consensus that there is little scope to change the current job description and that it can be difficult to challenge or request new descriptions due to processes and pay policies. This often results in descriptions being used from an existing bank that can be outdated.

Furthermore, participants identified that there is a lack of adaptability and flexibility when it comes to job descriptions, specifically for support or corporate roles where things change more quickly in comparison to frontline roles. It was also recognised that there can be a lack of knowledge and/or expertise when recruiting for specialist fields. Sometimes managers can be responsible for writing the description and setting the pay, but often may not fully understand the role. This is particularly problematic in specialist areas such as cyber and information governance. The challenges faced in the processes of writing descriptions and setting pay can lead to further challenges in the retention of skilled people as often job titles used at the point of recruitment do not describe the role itself and means that the roles are often substantively different than advertised.

Another challenge whilst trying to recruit a skilled workforce is presented during the application process. Often the forms can be lengthy and laborious, asking for repetitive or irrelevant information in comparison to some private sector applications which can be more streamlined. Even with some organisations now moving to fully digital applications, this can still pose issues when looking to advertise vacancies.

Most participants have used established platforms to advertise for public service jobs but these can be somewhat niche and attract a similar pool of applicants. In addition, when using external or job search websites such as indeed, the application required further processes and additional justification, thus not being utilised by participants. Further discussion progressed on the use of social media as a platform. Generally, most participants already use Twitter and LinkedIn, however as we move into a new digital era organisations could use other social media platforms such as, Instagram, Youtube, Vimeo etc to further promote and advertise roles to attract a more diverse workforce.

Due to the current circumstances, many organisations have now specified the acceptance of full time remote working. This is exciting in the sense that it widens “the net” significantly and candidates might be attracted from outside the “usual pools”. However, this can still present the logistical challenge of providing and collecting IT and other equipment for workers.

In terms of interviews, some found that it was now an easier process as new employees can collect their equipment and staff inductions are held remotely. There is also more flexibility given to interviewers with regard to autonomy in writing interview questions allowing them to throw a curveball question to test adaptability and quick thinking. However, a new challenge posed is that the ability to work from home and being tech savvy are now core competencies, an online interview is a small test of this. This sets out new criteria and can potentially exclude those who are not so digital savvy.

In addition to the challenges faced by trying to recruit skilled people are the challenges of retaining them within the sector. Often people moving around between organisations within the public sector can be beneficial and support better partnership working but people leaving the sector altogether is more problematic. One of the key challenges faced by participants was that salary competition is fierce in highly specialised roles, in some areas the public sector simply cannot compete on salary alone. This alongside communications and public relations on austerity have had a negative impact on the local public sector because it is now associated with pay freezes and job cuts. This means that there is a need for the public sector to focus on the importance of communicating and emphasizing the other benefits of working in the public sector such as; pension scheme, flexible working, annual leave and public service ethos. 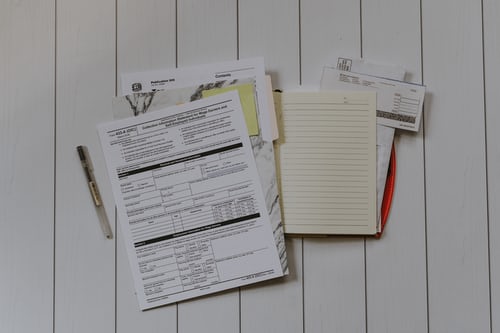 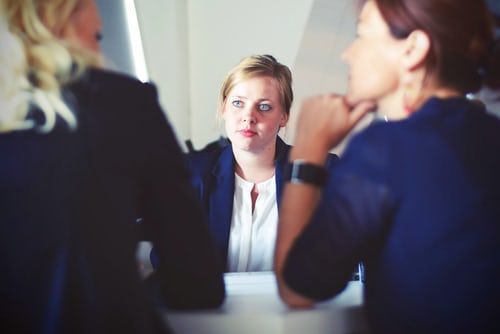 In the final session, participants were invited to discuss some of the steps that can be taken to help improve recruitment and retention in the public sector. One of the first steps that can be taken is being transparent and open with new staff, particularly early career and apprentices in regards to career progression pathways. Participants shared that new staff tend to be more eager to ‘move up’ or ‘move on’ after being in a role for a short time, and that the emphasis on progression can sometimes come at the cost of promoting people out of their skillset. It is important to consider how careers can be progressed within specialised roles to further develop and promote their skillset.

Moreover, there is a need to develop better relations with communities, groups and schools to educate, promote and share roles to young people. There is a national requirement for certain roles such as HR and Cyber to invest in apprentices and this needs to be shared across the public sector. STAR Procurement have established their ‘grow your own scheme’ which offers clear training and progression on a defined career path and has been effective in developing skilled people. YPO also have used a similar approach whereby apprentices are encouraged to apply for assistant buyer roles.

The event proved successful in helping to identify the challenges faced by the public sector in recruiting and retaining a skilled and diverse workforce. The next event Attracting A Talented & Diverse Workforce will be held virtually on Thursday 18th March 2021, you can register your place now.